Caramel color: What the heck is it?

Caramel coloring is the most common color additive in food production, and we consume it without thinking much about how it came to be. Is it natural? Are there any health risks?

I wasn’t sure what to expect on the first afternoon of chores at Phil & Christine Throop’s Wildflower Eco-Farm. Afterward, I was dirty and exhausted.

Hamburgers are even better when made with quality, natural ingredients. In this video, you get to see how I do it at home.

Guido’s Pizza: Gluten-free from a chain

Steve was giving out samples of a specially-made gluten-free pizza. Though I don’t have a gluten allergy, the simple fact that he goes out of his way to make this kind of pizza really impressed me. 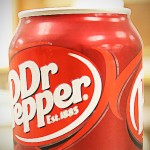 Dr. Pepper is marketed as having 23 flavors. They also like to push the idea that they are old-fashioned, using the “Established 1885″ line right on their label.