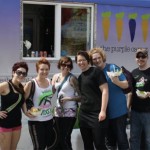 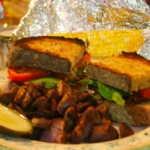 Though there are tremendous health benefits to changing your diet, getting past the almighty dollar is still hard.