One of the more controversial legislative actions in recent memory has passed the US Senate and is headed to the House of Representatives for approval.

The original version, passed by the US House of Representatives in 2009, would give the FDA power to regulate all foods sold, distributed, or imported within the United States. Central focus for the FDA would be prevention of outbreaks like E. coli and salmonella. To meet this end, food producers would receive stricter guidelines.

Locavores and small farmers were up in arms: The FDA would have had the power to shut them down for almost any reason they saw fit, and additional certification and paperwork would have been a major burden. 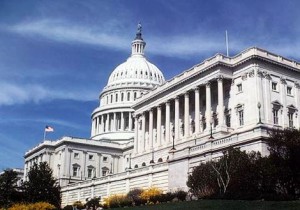 There is a reason this post is quite calm: The US Senate amended the Food Safety Modernization Act to make the new regulations easier for small farms to swallow.

While small farms (including community supported agriculture) will be required to register with the FDA, comply with inspections, and maintain records, the FDA is also instructed to set fair and reasonable rules for small farms and to give them more time to come into compliance. Additionally, small farms will be exempt from produce safety regulation so long as most of their produce sales are directly to the people who eat it or restaurants that use it.

Of course, there’s a lot more going on in this bill, but in general it seems to be a nice compromise between much-needed food safety standards and flexibility for small farms.

Last summer, when thousands of people were infected with salmonella from filthy, vermin-infested henhouses in Iowa, Americans were outraged to learn that the F.D.A. had never conducted a food safety inspection at these huge operations that produce billions of eggs a year. The new rules might have kept those people — mainly small children and the elderly — from getting sick.

The law would also help to protect Americans from unsafe food produced overseas: for the first time, imported foods would be subject to the same standards as those made in the United States.

You would think that such reasonable measures to protect the health and safety of the American people would have long since sailed through Congress. But after being passed by the House of Representatives more than a year ago with strong bipartisan support, the legislation has been stuck in the Senate. One sticking point was the fear among small farmers and producers that the new regulations would be too costly — and the counter-fear among consumer groups that allowing any exemptions for small-scale agriculture might threaten public health.

Those legitimate concerns have been addressed in an amendment, added by Senator Jon Tester of Montana, that recently was endorsed by a coalition of sustainable agriculture and consumer groups. But now that common sense has prevailed, the bill is under fierce attack from critics — egged on by Glenn Beck and various Tea Partyers, including some in the local food movement — who are playing fast and loose with the facts.

With the Senate’s approval, the Food Safety Modernization Act is on its way back to the House of Representatives where it may be approved quite quickly. The lame-duck Congress is moving as fast as it can to complete the business of the nation before the current legislative session ends.