There’s a lighthearted dispute on the origin of the word ‘foodie’.

In 1980, Gael Greene used the word foodie in an article for New York magazine. For decades, Greene was the ‘Insatiable Critic’ who quietly visited and reviewed New York’s restaurants, and she went to great lengths to conceal her identity so that her experiences could be unbiased. Her food column was one of the most influential in the country.

In late 1981 Ann Barr, then features editor of Harper’s & Queen, noticed the food world was shifting on its tectonic plates, and that perfectly sane people had suddenly become obsessed with every aspect of food.

She invited readers to write in and immediately received several attacks upon a greedy, single-minded and highly visible food-obsessive who wrote in the magazine at the time – me. Thus it was that, in the issue of August 1982, I was derided in the anonymous article (edited, as it happens, by me) as the ghastly, his-stomach-is-bigger-than-his-eyes, original, appetite-unsuppressed, lip-smacking “king foodie”. I had to sign a legal undertaking not to sue the magazine or myself for libel.

Foodie rapidly gained steamed from there, and a few years after that issue, he and Barr co-wrote The Official Foodie Handbook (1984, now out of print). Levy’s groundwork makes him the most reasonable candidate for a formal stake in ownership of the word.

Foodie emerged from the ashes of gourmet. Gourmets, traditionally, appreciate foods with fine ingredients. In the early 1980s, gourmet became associated with a snobbish attitude toward food and fell out of favor. Food appreciation was gaining common appeal, and food snobs were exiled. The world needed a new word, and foodie emerged at the right time.

What started as a term of mockery shifted ground, as writers found that “foodie” had a certain utility, describing people who, because of age, sex, income and social class, simply did not fit into the category “gourmet”, which we insisted had become “a rude word”.

It separated out those who ate their lamb overcooked and grey from those whose choice of cheese was goats; it dismissed those who did not care what they ate so long as the wine was served at the correct temperature; and it applied to shopping as well as to eating, to domestic cooks and eaters as well as to those who worked in, profited from or ate in restaurants; to foodstuffs, to brands, to reading matter; and above all, to women as well as to men.

The best way to describe an early foodie is to simply say that these were normal people who cared about their food from the ground to the plate.

A linguistics professor of mine once said that a dictionary is the worst place to turn for the real definition of a word. The meaning of a word can change in a hurry, so it’s difficult to get a great grip on what society currently thinks.

Enter Urban Dictionary, one of my favorite websites. Urban Dictionary takes a social approach to defining words; you submit your own definition for a word or phrase, and then the world decides whether or not your definition is accurate.

A person that spends a keen amount of attention and energy on knowing the ingredients of food, the proper preparation of food, and finds great enjoyment in top-notch ingredients and exemplary preparation. A foodie is not necessarily a food snob, only enjoying delicacies and/or food items difficult to obtain and/or expensive foods; though, that is a variety of foodie.

A dumbed-down term used by corporate marketing forces to infantilize and increase consumerism in an increasingly simple-minded American magazine reading audience. The addition of the long “e” sound on the end of a common word is used to create the sensation of being part of a group in isolationist urban society, while also feminizing the term to subconsciously foster submission to ever-present market sources.

Though the terms “gastronome” and “epicure” define the same thing, i.e. a person who enjoys food for pleasure, these words are perceived by the modern American consumer as elitist due to their latin root forms and polysyllabic pronunciations.

The 2007 definition has not received as many upvotes as the 2005 definition, but it is the second-most popular definition for foodie. It’s amazing how much the word changed over those years. The 2005 definition was much like the classic definition: Foodies simply love food. In 2007 (and presumably beyond), the word is laced with social elitism.

A fat kid pretentious enough to think up a special word to describe their desperate longing for anything to shove down their face. They’ll often claim to be “food enthusiasts” or to have “refined tastes,” but they’re usually lying.

The future of foodie (and my take) 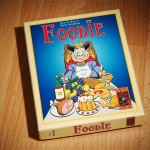 I try to avoid describing myself as a foodie, because I’ve sensed the recent shift in definition. Try as I might, though, I haven’t been able to come up with a better word or phrase. I sort of like Adam Roberts’s amateur gourmet, but I’m not in love with it.

Foodie seems to be getting the treatment that forced gourmet out of style in the 1980s. Because it’s trendy to label yourself as a foodie, we are seeing everyone describe themselves as one. Consequently, the meaning behind foodie has been diluted; it is becoming hollow. The last thing real foodies want is to be labeled as food hipsters, but that is the danger they face today.