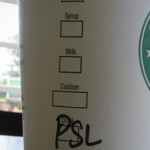 Mocha and crepes at Greyhouse

I have nothing but great things to say about Greyhouse Coffee (West Lafayette, Indiana): Clean, ample seating, simple menu, and natural food.

I don’t always eat breakfast, and when I do it’s often something that requires zero effort (like cereal). Eggs & toast is an easy upward compromise.