According to the American Dietetic Association, 2.5% of Americans are full-time vegetarians. Thats’ a relatively small group, and it’s not getting much bigger. It’s hard to get people to commit to pure vegetarianism.

There is an alternative: Go part-time. Part-time vegetarianism, or flexitarianism, is a quickly-growing movement in the United States. Flexitarians try to avoid read meat, but it’s not a steadfast rule. The idea is to reduce—but not eliminate—meat consumption.

“Sushi tastes amazing. A great steak is just amazing.” Those are not the words you expect to hear from a leader of the vegetarian movement. But that’s how Graham Hill, founder of the sustainability website TreeHugger, feels about the fleshier components of his diet. He is a self-described “weekday vegetarian,” a compromise that came about after years of trying–and failing–to adhere to a strictly vegetarian diet. 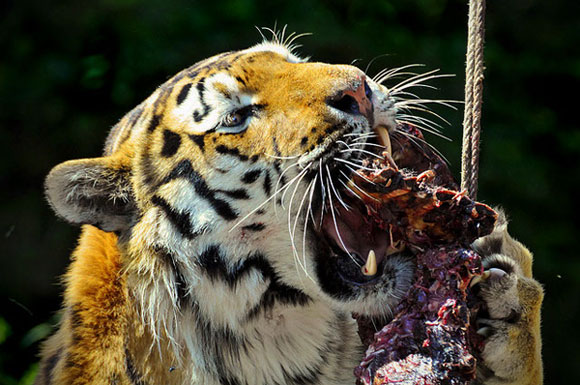 Why is part-time vegetarianism gathering traction?

Flexitarianism is a beneficial compromise between strict vegetarianism and meat-dominant diets. Most criticism from groups like PETA (People for the Ethical Treatment of Animals) is that the meat-producing industry is outlandishly cruel to the animals it raises for slaughter. I’ve made this exact point in explaining why I avoid meat from factory farms. Eating less meat, or buying from farms that raise animals humanely (or a combination of both), will erode the sheer volume of animal cruelty that already takes place.

A 2006 UN (United Nations) report found that the meat industry produces more greenhouse gases than all the SUVs, cars, trucks, planes, and ships in the world combined. Additionally, a study by the University of Chicago found that going vegan is 50% more effective than switching to a hybrid car in reducing greenhouse gas emissions. The science is fairly clear on this matter: Less meat eaten means that less meat is produced and fewer greenhouse gases are emitted into the atmosphere. Even a small shift in national meat eating habits can have a tremendous impact on greenhouse gas pollution.

Part-time is easier to sell than full-time

Let’s be frank. If you have eaten meat your entire life, you’re probably not going to run with arms wide open to the strict vegetarian camp. Part-time vegetarianism is much easier to slip into. You don’t need to research new and creative ways to cook eggplant, you just need to start substituting some of your meats for plants.

Vegetarian activists generally agree. Instead of pushing people to strict vegetarianism, they are settling for a part-time compromise.

Photo credit: Tambako the Jaguar on Flickr. Thanks to Dan Fastenberg and Time Inc. for the snippets of text above.