When rocketing property values made it too expensive to live in San Francisco, Californian hippies looked northward—to Oregon. Today’s Oregon is a haven for people who care deeply about our relationship with the environment. I don’t live in the state, but part of its spirit lives within me.

A group of Oregonians living in Willamette Valley want to turn the ‘grass seed capital of the world’ into a large organic farm capable of feeding nearby communities. It’s called the Southern Willamette Valley Bean and Grain Project. The name’s not creative, but the idea represents a sturdy step back from global food. 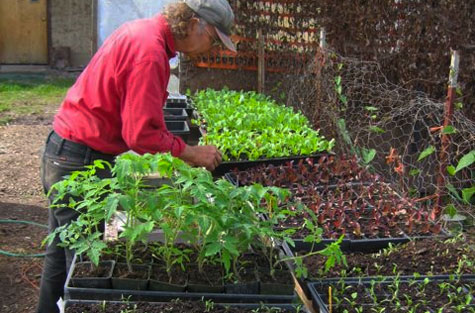 Global food is the idea that where our meals come from doesn’t matter. Why pay $2.00 for a green pepper at the farmers market when a specimen from Mexico will only run you $1.50 at the grocery store? I know, that’s a ridiculous example—Americans don’t eat fresh produce. But, bear with me.

Cheap energy makes it possible to import green peppers from Mexico for less than down the street. Land and labor is more expensive in the United States, so we’ve spent decades connecting our food industry to a global economy.

Though global food has been cheaper, it has also put us at risk. We’re relying on fewer farmers to produce more food than ever. If something goes wrong on a few corn fields in Iowa,  a cascade of repercussions could destabilize food supplies around the planet.

The Southern Willamette Valley Bean and Grain Project is a step by step strategy to rebuild the local food system by increasing the quantity and diversity of the food crops that are grown in the Willamette Valley. At the same time, the Bean and Grain Project seeks to evaluate deficiencies in the food system infrastructure, build buyer/seller relationships for locally grown food, and compile resources on organic and sustainable agricultural practices specific to this region. As the name of the project implies, central to the task is stimulating the cultivation and local marketing of organically grown staple crops like beans and grains to provide a foundation for year-round food resources in the Willamette Valley.

Willamette Valley communities are lucky. They have the right mindset and a cooperating climate to carry out a project like this. It’s a bit tougher in a state like Michigan, where fewer citizens care about where their green peppers come from.