Two years ago, I wrote a bit about Kobe beef while investigating why it’s worth $300 per pound in Japan.

Kobe beef, no matter how you slice it, is the product of branding, genetics, and great care. Wagyu cattle farmers in Kobe, Japan, go to great lengths for their herds. They’re fed the good stuff, closely watched, and given a great life. Though Kobe beef is a bit pricey even for a care-free foodie, the cost is a reflection of the quality and love that goes into growing our food.

Since then, I’ve noticed a slow but steady increase in “Kobe beef” marketed in the United States. I’m sure you’ve noticed it too. And yes, it’s expensive, but not $300 per pound expensive. 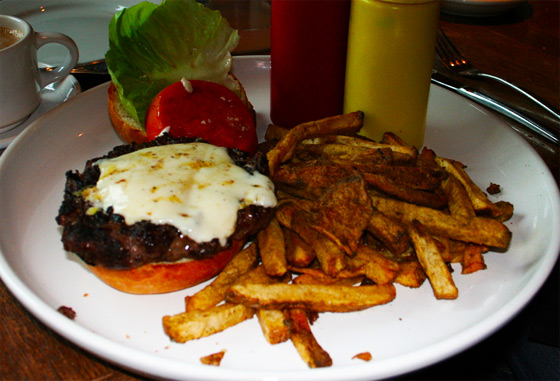 So what is this Kobe beef showing up in American restaurants? Well, there’s absolutely no way it’s authentic Japanese Kobe, because Japanese beef imports are banned in the United States. Banned.

Larry Olmstead, a contributor to Forbes, argues that American Kobe is hijacking the Japanese brand.

The bottom line is that the only reason there is beef called Kobe beef sold in this country is because our government lets vendors call a lot of things Kobe beef. But the reason consumers buy it is because the cattle industry in Kobe spent lifetimes building a reputation for excellence, a reputation that has essentially been stolen.

There’s a lot to the notion that Kobe’s brand has been stolen.

Food marketers need labels differentiate their product from everything else. In the early days of ground beef, it was USDA Grade A versus lesser grades. More recently we’ve seen an explosion of Angus beef, as well as narrative-based marketing about the breed of cattle that the beef comes from, like Scottish Highland cattle. The difference with Kobe is that the producer has not spent time building up its own label, but rather is piggybacking on another. That’s deceptive, but also completely legal in the United States. The American government does not regulate the usage of ‘Kobe’ in beef products.

Restauranteurs are also suspect, because they are the folks buying the beef and listing it in their menus. The only redeeming factor here, I suppose, is that Kobe burgers are positioned as artisanal food, in which case you’re paying as much for the experience of a specially prepared dish as you are for the quality of the ingredients in it.

My only concern about Olmstead’s piece is how he sensationalizes the controversy. The title is “Food’s Biggest Scam”. Seriously? Something that isn’t particularly widespread is now food’s biggest scam? He paints a thorough picture, but that’s grandstanding.