Next Fall, 7500 randomly-selected SNAP (Supplemental Nutrition Assistance Program) households in Hampden County, Massachusetts, will start getting money back when they buy fruits and vegetables. For every dollar spent on produce, these families will see 30 cents credited back to their SNAP account.

The trial program, formally known as Healthy Incentives Pilot (HIP), will run for just over one year. HIP’s goal is to find out whether or not financial incentives can increase vegetable and fruit purchases. 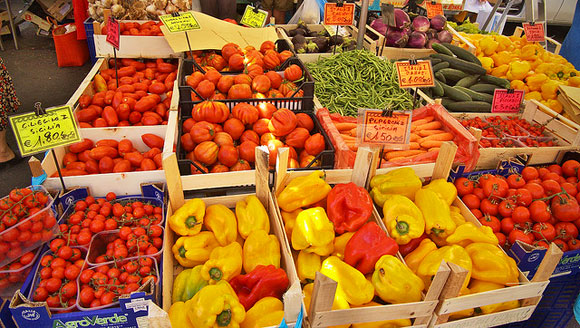 Low-income families tend to focus on price tags when they are at the grocery store, and processed, ready-to-eat junk can be cheaper than anything in the produce section. The sad state of affairs is at least somewhat responsible for one in three American children being overweight or obese. It’s simply less expensive to eat poorly.

First Lady Michelle Obama has made obesity and eating habits a priority during her husband’s first term as US President. Articles have reported Mrs. Obama as saying that she tries to fit as many fruits and vegetables into her meals as practicality allows. The First Family even has a small garden on the White House lawn. This kind of government and role model backing can play an influential role in the push to change American eating habits.

HIP is a small, but valuable, part of a much larger national agenda to fight this country’s obesity epidemic. If a small financial impetus can push Massachusetts families to eat fewer processed and junk foods, we will probably start hearing calls for a national rollout.

This is an interesting question. While cost is certainly a factor in food-purchasing decisions, it’s not the only variable at play. Processed foods are easier: They’re ready to eat as soon as you buy them. Fruits and vegetables usually require, at minimum, a rinse. Additionally, it might not be so easy to break out of food habits: We’re comfortable with foods we regularly eat and HIP won’t be making them more expensive (it’s just making fruits and vegetables cheaper).